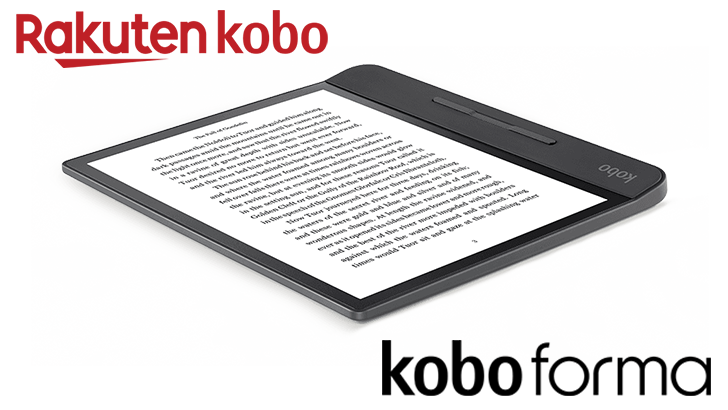 I really wanted an E-reader at the end of last year. The main reason? I wanted to be able to read in bed while my wife was already asleep. Since my wife is able to sleep a lot earlier than me, but going to bed separately isn't as nice either, I would often end up playing video games on my phone in bed, while she was already sleeping. Many of these times I'd love to continue reading a book, but the light on my nightstand would wake her up instantly, even though it's just bright enough for me to read.

Research and buying an E-reader.

I decided to borrow an E-reader from my sister. My sister has a Kobo Aura HD. It was one of the first E-readers with built in lights. Not a backlight, like on your phone, but some led lights built in at the bottom of the device, and a special layer in the glass which spreads the light across the screen. This is one of the best advantages of using an E-reader instead of a tablet or your mobile phone. Your eyes won't get as tired as they would when using a screen with a backlight. rather than emitting light from the screen, an E-reader just reflects the light on the screen, much like a normal book would.

Borrowing my sister's E-reader allowed me to continue reading books, even when my wife was asleep. The lights in the E-reader can dimmed, and I only need 1% light to be able to read a book. It's dimmed enough so that my wife can easily sleep while I'm reading, and after a few nights, I was sold. I definitely wanted an E-reader myself. I was hoping to borrow this E-reader for a while, and in the meantime, I was trying to decide what E-reader I would want to buy.

Size was a big factor for me. I can see the benefit of a small E-reader, but with a larger one, I could potentially even read comics and Manga's on it. And then there was Kobo vs Kindle. That choice was pretty easy for me. I like platforms to be open and configurable, allowing externally downloaded content. After reading into it a bit, Kobo definitely won this round!

Having decided on the Rakuten Kobo brand, I was initially in doubt between a Kobo Clara HD and a Kobo Aura One. The Kobo Clara HD is a small E-reader, but a lot less expensive than the bigger ones. It also had some downsides. Being smaller, you need to do a lot more page turns. I didn't really like screen being lower than the edges. Finally, the Clara HD is not waterproof, so reading in a bathtub or near a swimming pool would bring some risks. The Kobo Aura One though, was about the size of an actual book. It has no heightened edges, and is waterproof. The only downside is that it might not be as easy to hold without doing accidental page turns from time to time.

I had to save up some money for it though, and while I was doing this, my wife, who was very skeptical about E-readers at that time, decided to ask around what others had to say about it. She gets really de-motivated if she's reading books with a lot of pages. Apart from that, thick books are not as easy to hold either if you like to read in bed. After a lot of positive feedback about E-readers, she decided she wanted one as well, and her choice was the Kobo Forma. I had not even considered the Kobo Forma to be a contender yet, since I wasn't sure about the design, and in my opinion it was way to expensive. It did have all of the features I wanted: It was waterproof, had a big screen, had no heightened edges. The only downside (or what I saw as a downside at the time) was the nearly square design, and dedicated page turning buttons.

We were both saving up some money to buy an E-reader, when an electronics store chain celebrated their 20th anniversary. They gave 20% off on nearly everything, E-readers included. This made the Kobo Forma just as expensive as the Kobo Aura One. I also learned that the Kobo Aura One was being discontinued around that time. Since the company has a 60 day return policy for "members", and my wife wanting to buy the E-reader in this action period, I decided to buy one as well. This way, I could check out the E-reader by borrowing it from my wife, leaving my own Kobo Forma sealed in the box. If I liked it, I would open up my own. If for some reason I didn't like it, I could easily return it to the store and get my money back.

It wasn't long until I opened the box containing my own Kobo Forma, and I have not regretted doing so to this day. The size is perfect for me, and I actually came to love the dedicated page turning buttons. I don't need to touch the screen to switch pages, which means the screen will stay crystal clear, and without any fingerprints or smudges. It's also a really nice place to hold the E-reader while reading. I can hold it with 1 hand easily, and read my books in comfort while having 1 free hand to hold my drink.

Reading at night is just perfect. It might all be placebo effect, but I really feel like I sleep better at night when I've concluded the evening with an hour of reading, instead of an hour of playing games on my mobile phone. I even dare to go as far as to say I wake up with less headaches if I read before sleeping, instead of using my mobile phone. My wife can easily sleep with the low amount of light I need in order to read. The battery, using only 1% of the backlight, seems to hold out for an average of 3 weeks of intensive reading. With a charger close by at all times (just plug the E-reader USB cable in your phone charger), and the charging being pretty quick, I don't see this as a downside.

The Kobo Forma is really lightweight, and to keep it that way, I decided not to buy any cover for it, since that drastically increases the weight of the E-reader. My wife did buy the official sleep cover for it, and that nearly doubles the weight of the E-reader. She likes the protection, but I feel like I'd rather do without it. If I want to carry it with me on holiday, I use the original box it came in for transportation. That is still reasonable in size, and I only need to put it in there for travels. That way, I can keep my E-reader nice and lightweight. I might buy some cheap hardcover for it at one time, but only as a replacement if the original box will start to fall apart. The original sleep cover is fairly expansive, and a really tight fit. It's not easy to remove or put on the Kobo Forma, so I don't think I will ever be buying that. If you are one of those people who always tends to drop stuff though, make sure to buy some sort of protection.

The Kobo Forma, or any E-reader, might seem expensive to buy at first. However, eBooks most of the times are half of the price of a normal book. If you know where to look, you might also be able to download some books for free. I know bol.com offers some books for free. If you want a cheaper option, read a lot, and read pretty fast, then be sure to check out their Kobo Plus subscription service as well. For €12,99 a month you can download and read any book available in their library. If you read 3 books a month, you will only pay €4,34 per book. The only downside to an E-reader is that not all books might be available as an eBook yet. Especially if it's an older, not so popular book. This has not happened to me yet though, and publishers are still publishing more and more older books.

If you already own a lot of books, or download a lot of free books and comics from the internet, I do recommend a library manager application. Personally I use Calibre. It offers a lot of functionalities, like searching for covers and information about the book. You can also easily make collections, which you can then use on your E-reader to find books more easily. One thing I don't use, but some people might find interesting, is the ability to download internet articles which you can then transfer to your E-reader to read at a later time.

Personally, I would definitely recommend this E-reader to anyone in doubt about buying one. I use it A LOT. and not just to read books, but to read Manga and comics as well. My wife likes to crank up the font size, while I love to tone it down a bit and fill the page like a normal book. My wife actually reads a lot more as well. She does not get demotivated due to the huge heavy book anymore. With the E-reader, she doesn't care if she still has to read hundreds of pages. It gives her a sort of rest knowing that she can just put it away, or grab it at any time to continue reading without having to hold a heavy book. And even without the need of an actual light to make it bright enough to read an old fashioned book. Does this mean we do not buy any paper books at all? Well, almost. We did buy the paper version of the latest book of the "Throne of Glass" series, but only because we already had all the other books in paper version. We both read it on our E-reader, and the book remains untouched inside our book cabinet. We might still buy some paper book occasionally, but right now the E-reader is just too damn comfortable.