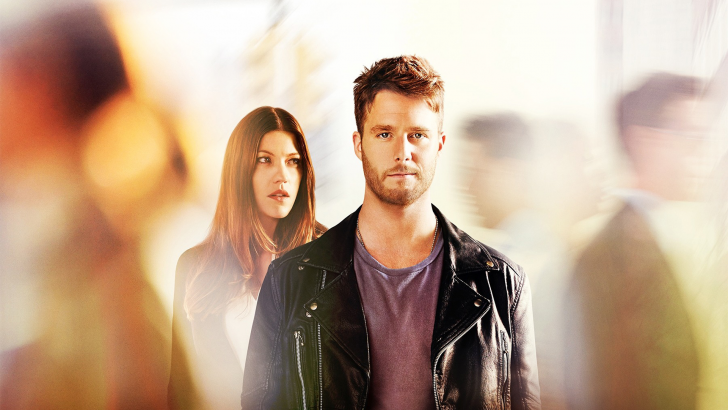 When we went on the airplane for our trip to New York, we had the usual entertainment device planted in the back of the seat in front of us. There was a wide variety of movies and series to watch, or games to play. (Un)fortunately, I like to watch movies. So even though they had some pretty new ones like Deadpool, I had already seen most of them. They didn't have any series that caught my attention either, except for 1.

I already liked the Movie called Limitless, and had just recently watched it for a second time. I had heard about the series, but didn't know what to expect from it. The entertainment device had the first 3 episodes available, so I decided to give it a try.

The first episode basically introduces you to the main character, called Brian Finch. Don't worry if you haven't seen the movie though, since it will also introduce you to NZT-48 and what it does with your mind. Brian is accused of a murder he didn't commit. In a twist of events (and some help from NZT-48), he eventually starts working for the FBI.

In the following episodes we see how Brian builds his career at the FBI, and tries to crack cases using NZT. A concept which works really well, as we've seen in other series like CSI. Brian has a double agenda though. In order to keep his family and himself alive, he has to do some things for Mr. Morra, the main character in the movie Limitless. Bradley Cooper, who plays Eddie Morra in the movie, also plays Mr. Morra in this series, so in a way, the movie and the series are connected.

The series kept me interested throughout the entire season. Unfortunately, there will be no second season, as it has been canceled by CBS. I think they might have known about this while making the last episodes, since there is no big cliffhanger at the end of it. The ending is open enough for a second season though, so we can all hope it might come sometime. I for one would really like to see it.